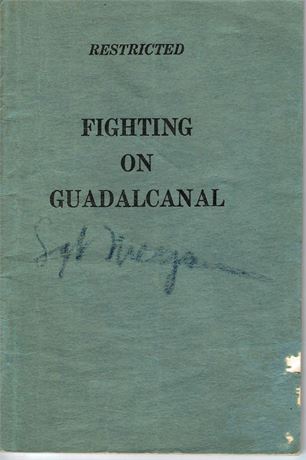 Payment Instructions
Payment due within 3 days of the close of the sale. Payments through PayPal can be sent to: Behindthelinesbooks@gmail.com.
Details
Description

This small pamphlet was initially released by the United States Government Printing Office in 1943 for the education of troops being sent to the Pacific Theater. The Imperial Japanese forces were fighting a new kind of war and American troops were unfamiliar with it. The pamphlet is a collection of first hand accounts of the fighting, what to expect in the jungles of the Pacific Islands, and the debunking of the supersoldier myth which had begun to surround the Imperial Japanese troops.